The Rust Belt, formerly known as “America’s Industrial Heartland,” reaches as far west as Milwaukee and Davenport, the western expanse carved by The Mississippi River’s mighty banks and the farm belt’s borders, the southern rust belt extends down the Mississippi to Evansville Indiana, and Owensboro, Kentucky. Travel east up the Ohio River to the gateway of the West, Pittsburgh at one time the largest manufacturer of steel in the world. Journey northeast up the Allegheny River and the western slopes of the Appalachians to New York State and the once great cities of Buffalo, Rochester, and Syracuse. Made powerful first as a port for Mid-West food via the Erie Canal to eastern destinations and beyond, and then an epicenter for manufacturing, spurred by cheap and abundant energy from Niagara Falls.

The Rust Belt is an area in the United States that is known for its manufacturing and industrial heritage. The reasons the rust belt grew to be the economic powerhouse were first agriculture, but then a manufacturing and industry-based economy due to its abundant natural resources like coal, iron ore, and freshwater fed by the Great Lakes. Land that yielded its natural resources through toil and sacrifice. The rust belt is not isolated to the United States, our Canadian brothers enjoyed the same economic prosperity from its proximity to the freshwater of the Great Lakes, abundant natural resources, and a productive labor force. The northern banks of the great lakes create the rust belt’s true northern boundaries. You know the names of its other great cities. Chicago, Detroit, Windsor, Cleveland, Cincinnati, and Toronto.

The Rust Belt’s decline began in the 1970s (WTF1971), but in some areas, earlier. A not uncommon story for western industrial powerhouses like the UK’s Industrial North, the Lusatia Region of Germany and Poland, Ostrava in the Czech Republic, Charleroi in Belgium, and many others; foreign competition, environmental regulations, and cost of labor along with Central Bank monetary manipulation, contributed to the decline of the areas. We could deep dive into the specifics of the decline, but at this point, no sense crying over spilled milk, what’s done is done. The factories have long since shuddered. The mines closed and abandoned. Once thriving and vibrant neighborhoods are now miles upon miles of urban blight. Filled with wretched social welfare pariahs who know no other way and have few options available to them to egress.

Small towns and communities that served as spokes of their greater urban hub are in sometimes worse shape than their large city counterparts. Further removed from the socialist money printer; they are down the rungs of the Cantillon ladder. If not for the fact that they have a post office and a nearly abandoned city center, there may be no reason for them to exist at all. Now they tout a bygone era of manufacturing heritage, the most they have to show for it, is a mediocre public school, a mass transit system that can whisk them away to a dilapidated city park, and a senior citizen community center. Their more educated, young, and mobile populace moving to warmer climes or areas with greater opportunities.

We don’t mind being referred to as the Rust Belt; hardly a pejorative, we wear it as a tarnished badge of honor, we are the Remnant. We have felt the loss of population, employment, and industry for the past 40-50 years, long before anyone felt the pain of the 2008 collapse. We know the pain of corporate greed, corrupt government, and a debased monetary system. Our region and the collective soul of all declining industrial regions gained wealth and success by being close to the source of production, innovation, and natural resources rather than the printing press. Our proof of work was in the vehicles you drove, the products that made modern life possible, and the food you ate. Proof-of-work is brought forth by creative tinkerers, farmers, entrepreneurs, machinists, chemists, and engineers. That spirit of hard work and innovation is still here, imbued in the steel and concrete. A spirit ground into the land as the Mississippi and Ohio rivers have carved the Rust Belt’s borders. That spirit of innovation, much like the Spirit of St. Louis is ready to fly high once again.

A Rust Belt Renaissance has been proposed by every pandering politician from every frequency of the political spectrum. From corporate interests to populist presidential candidates, from grifter community organizers, and heads of organized labor. Right Wing Warhawks with the promise of weapons manufacturing. Left-wing communists offer the promise of a green utopia, yielding the saccharine fruit of “good jobs”. All grifters, panhandlers in suits. Platitude upon platitude, empty promise after empty promise, and a populace who continues to chase after the carrot of restoration, hopeful to win back the honor their blue-collar forebears earned.

We hear less often from real entrepreneurs who want to produce an actual good or service. When those entrepreneurs and innovators attempt to set up shop in the Rust Belt, they are met at the door by those same grifters. High tax and regulatory environments stifle innovation and chase capital and investment to where it’s treated best. Too many mouths to feed and not enough hands that work or have the skill or willingness to do so. I can tell you what’s been tried over the past 30 – 40 years with mixed results. Redevelopment authorities, community outreach, entrepreneurial grants, publicly funded parks, and transit systems, billions wasted with no recourse. Program after program, like Green Energy investment/initiatives and blighted community grants. Revitalization and rejuvenation. Constant vacuous claptrap like, “let’s build a park”, “we need more greenspaces”, “our educated youth are leaving, why”, and “let’s fund a study”. “What about our schools and Universities”? “We need infrastructure investment.” “We need more public transit.” I’m sorry, slews of young people with social justice degrees utilizing free public transit run on subsidized, inefficient green energy to transport them to their gigs as social workers and community organizers aren’t going to solve the problem.

That’s a lot of doom and sarcasm, eh? I understand, pardon me for coming off that way, consider the source. I’ve lived and worked in some of the most blighted, downtrodden neighborhoods and communities in the country. I am quite hopeful for the Rust Belt, as I am for all former industrial regions like the Industrial North in the U.K., Lusatia in Germany and Poland, and Ostrava, Czech Republic. How so? Because the same characteristics that enabled these regions to become powerhouses of industry and innovation can help restore them to their former glory and beyond. We can use those characteristics of fertile soil, abundant fresh water, a temperate climate, and plentiful natural resources. These elements can be utilized to their fullest potential through Bitcoin mining and regenerative agriculture to empower sovereign families and enable human flourishing.

I have dreamt about an economic and cultural revolution in this area all my life. My family is guilty of abandoning the Rust Belt for the Sunbelt, having left in the 80s, but something called me back. I’m not alone in that. My friend @HodlRev left his home in Michigan for some California dreamin’, he returned as well. He is a Bitcoiner and Regenerative/Permaculture farmer here in the Rust Belt. You’ll hear more from him during #PlebMinerMonth. I bring him up not only because I think his way of farming will heal the earth and provide its inhabitants with a better existence, but because he recently introduced me to the permaculture theory of, The 8 Forms of Capital. The eight from of capital are Social, Material, Financial, Living, Cultural, Experiential, Intellectual, and perhaps most importantly, Spiritual Capital.

Social Capital is the ability to wield influence and utilize a lifetime’s worth of connections and relations. Material Capital is raw and processed resources like stone, metal, timber, and fossil fuels used to create more sophisticated materials or structures. These can be turned into more complex forms of material capital like buildings, bridges, and other infrastructure and tools. Financial Capital, that’s easy, Bitcoin. Living Capital is made up of the animals, plants, water, and soil of our land. The life on this planet. Cultural Capital is a community of people who share the internal and external processes of their community. Their shared culture, their art, songs, and traditions. Experiential or Human Capital can be described as a graduate degree from the “School of Hard Knocks”. A human, family, or community’s lifetime of real-world education and experience is put to work. Intellectual Capital is your knowledge asset obtained through intentional study and research. Spiritual Capital is derived from those who practice their religion, spirituality, or other means of connection to a higher power. Rights are not granted by man to rule man, but rights are divine.

Mining the 8 forms of capital

This article is part of #PlebMinerMonth, a month of pods, articles, and resources to honor small-scale Bitcoin miners and encourage more Bitcoiners to become one. I recently drove to a thriving small Rust-Belt town to record with another Pleb Miner, @BingBong_BTC. On the drive to his home, I listened to a documentary on his hometown. You’ve never heard of it, but you may know a town just like it. It still has that community feel, they have an identity, and they have a shared culture, heritage, and history. They founded the community using the 8 forms of capital principle whether they knew it or not and still maintain the spirit. It all came together for me as I was driving to talk to BingBong and see his home mining setup and get a better understanding of who he is. The 8 Forms of Capital, Bitcoin, Bitcoin Mining, permaculture, regenerative agriculture. The Bitcoin ethos, building Pleb relationships, and low-time preference behaviors are all guiding us back on the path of healthy communities and therefore healthy regions. That’s it! That’s the solution to the woes of the Rustbelt and every other downtrodden manufacturing region.

Bitcoin, no not just the technology or the tool that is sound money, but the rabbit holes you jump down when you open yourself to its principles. We don’t need a centrally planned solution, we as Plebs are the solution. The farm that @HodlRev has built and his surrounding Bitcoin network that he sells maple syrup, meat, and vegetables to for Sats. BingBong and his HashHut, heating his home during the long cold winters, are an example to his community of how mining is not wasteful by nature, but regenerative. Moses (@urningushem) in Canada, working, designing, and proselytizing his dream to give the native tribes of Canada the ability to be sovereign by empowering them with Azolla and Bitcoin mining. The Rust Belt Renaissance is here, it exists in every Pleb that inhabits the area. The solution is the Plebs; working, building, and sacrificing. Mining not only Bitcoin but the 8 forms of capital and applying the lessons we learn as Bitcoin Plebs. 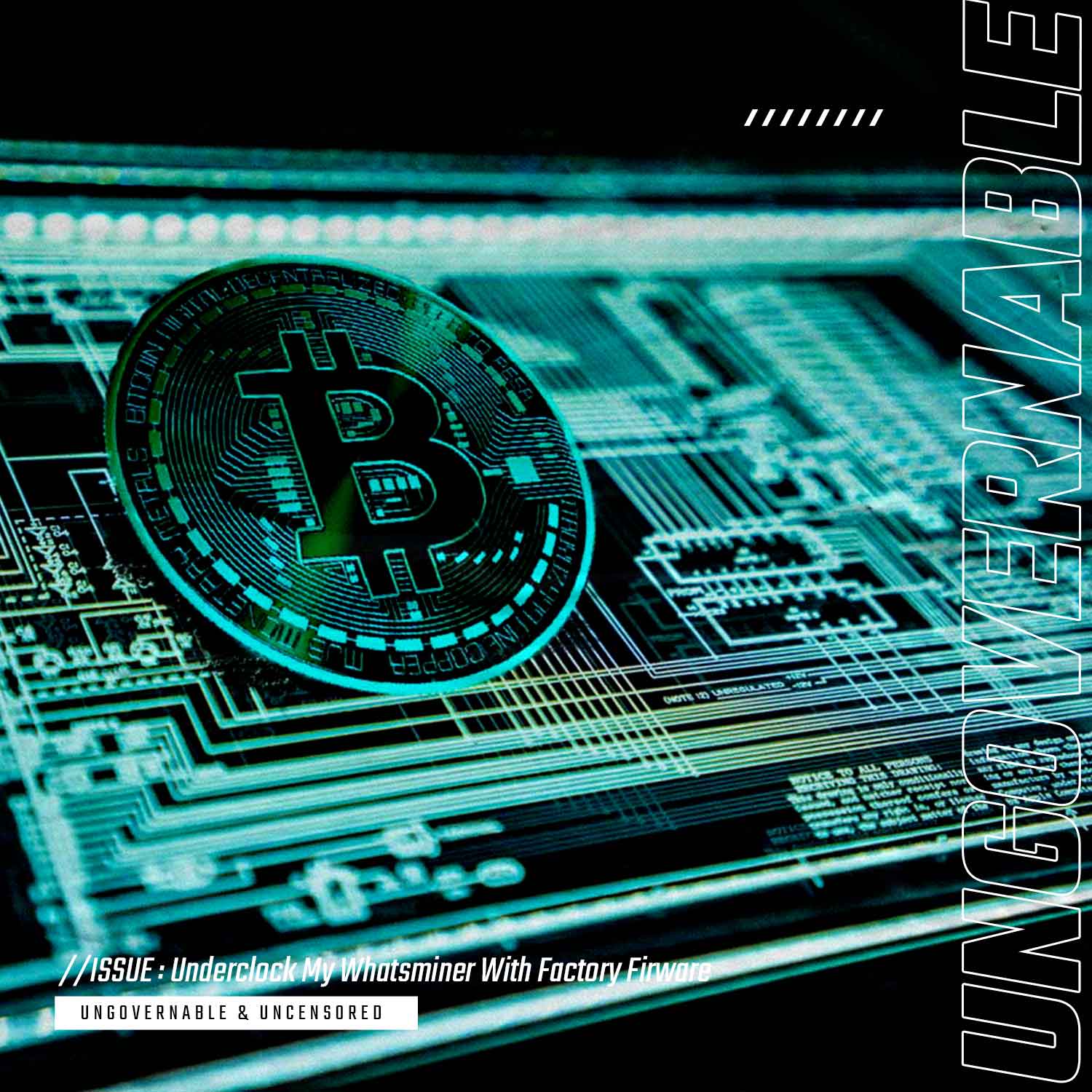 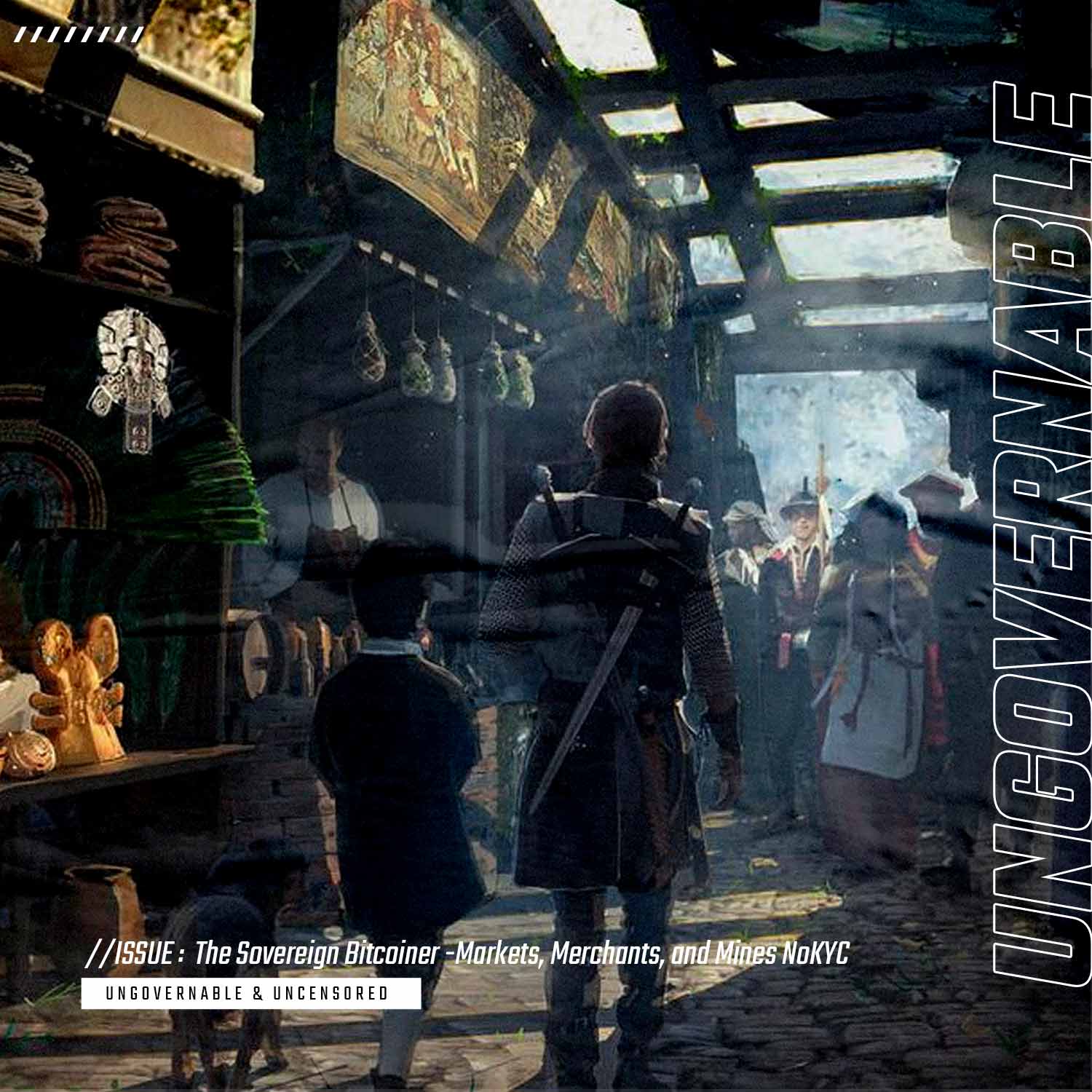