Hold your breath because in this article we are taking a deep dive into mining pools. Whether you bought one ASIC to mine at home, start a bigger mining operation or make use of a hosted mining service, you will have to decide if you are going to join a mining pool. If that is the case, which mining pool should you use? Finding the right mining pool for your mining strategy is important because it can help you in optimizing profits. In this article I will provide you all the insights needed to come to a proper decision.

I will elaborate on the following:

WHAT IS A MINING POOL?

A bitcoin mining pool is a joint group of miners who combine their computational power (hashrate) over the network to strengthen the probability of solving a block. Subsequently, the mining pool shares the block rewards among the miners who partake in the pool.

As the Bitcoin Network grew and the amount of computers trying to solve a block increased, the probability of a single miner mining out a block became very low. This lead miners to organize and combine hashrate in a jointly operation.

HOW DOES A MINING POOL WORK?

Participants in a mining pool contribute their computing power toward the effort of finding a block. If the pool is successful in finding the block, the pool receives the block reward. The rewards are divided between the individuals who contributed, according to the proportion of each individual miner’s hashrate contribution relative to the whole group.

The greater the hashrate of the mining pool, the bigger the chance the pool will mine a block. However, each mining pool and miner have the same probability of finding a block.

To join a mining pool you need to undertake four steps:

When deciding which mining pool you would like to join, it is important to look into the payment method the pool offers. There are more than 15 payment systems but most pools operate on a basis of Pay Per Share (PPS), Full Pay Per Share (FPPS), Pay Per Last N Shares (PPLNS) or Pay Per Share + (PPS+).

The pay-out of profit in some of these payment methods are linked to the so-called luck of the mining pool. Mining is probabilistic by nature, if a miner finds a block earlier than another miner statistically should on average, that miner is lucky. On the contrary, if it takes longer the miner is unlucky.

To simplify this, imagine a pool provides 1 EH/s and the overall hashing power in the Bitoin network is 100 EH/s. The probability of the pool finding the block reward would be 1%. Meaning for every 100 blocks found, the pool statistically finds 1 of them. Now imagine that the pool finds 2 out of the 100 blocks, this means that the pool found a block earlier than it statistically should. This means the pool is lucky! Now imagine the pool found 0 out of 100, this would make the pool unlucky. Over the long run, statistically the pool should find on average 1 out of 100 or 1% of the blocks. However, there is short term variance.

Pool operators with a Pay Per Share (PPS) payment method buy hashrate from individual miners for a fixed rate, regardless whether the pool finds a block within the given period of time or not. Pool operators are responsible for controlling profits and losses, this payment structure is riskier for the operators given the variance. For this reason it is usually the larger pools with a lot of reserves that can afford to take on this variance risk.

Important to note is that PPS only pays shares based on a block reward, network fees are not included in PPS pay-outs. After deducting the mining pool fees, the miners are given a fixed income every day making the returns for miners relatively stable.

Full Pay Per Share pools reward shares with pay-outs consisting of proportional amounts of each block’s reward and also include network fees. FPPS calculates a standard transaction fee within a certain period of time (usually las 24 hours / day) and distributes it accordingly to miners in the pool.

Under a Pay Per Last N Share (PPLNS) scheme, miners are compensated based on their contribution to the total hashing power of a pool over the last N difficulty epochs (group of 2,016 blocks). Pool operators determine the number of difficult adjustments that N represents in the pay-out equation. This structure benefits miners who have contributed to the pool over a longer period of time, as newer pool members receive smaller initial payments (thus making it less attractive for pool hoppers).

In the case of PPLNS, the pay-outs consist of both block rewards and fees. Contrary to PPS and FPPS, the PPLNS system only pays miners after the pool has discovered the block. This means miners are only compensated once the block has been found.

If the mining pool finds multiple blocks in a day, the miners will have a high profit. On the other hand if the pool is not able to mine a block during the whole day, the miner will not have any profit for that day. In the short term, the PPLNS method is highly correlated with a the luck of a pool. In the long run the luck factor tends to average out to the mean.

In order to join a mining pool you usually pay a fee (a percentage) of your pay-out. The fee varies per pool and rather than just looking at the how high the fee is, it is important to take into consideration what you get in return for that fee. Customer services, dashboards to monitor performance of miners and security are just a few aspects to look at.

WHAT MINING POOLS ARE OUT THERE?

In the pie chart below you can see the biggest mining pools out there based on the hashrate distribution of the last 5 weeks.

Below you can find an overview of the various pools comparing the fees they charge, the pay-out methods they use and the BTC threshold for pay-out.

In order to become part of a mining pool your mining machines do not need to be in the same country as the pool. Hashrate from different miners around the world can be pooled together.

You can see that the location of the pools are concentrated in a few countries. China is leading with 64,62% of total hashrate (June 2022) because six of the ten biggest pools are located there. The US follows with 25,66% of the total pool hashrate whereby Foundry USA Pool has a big influence on this number with 22%. Noteworthy also is the Czech Republic (6,47%) where Slushpool is located.

Whereas an individual miner might stand little chance of successfully finding a block and receiving a mining reward, teaming up with others dramatically improves the success rate. In theory, the greater the hashrate of the mining pool, the easier it is to mine the block. But just from the perspective of probability, each mining pool and miner enjoy the same probability of finding a bock.

While it seems like a no brainer to join a mining pool it is important to be aware of two things. First, by taking part in a mining pool an individual miner gives up some of their autonomy in the mining process. Joining a pool means you are bound by terms set by the pool itself, which may dictate how the mining process is approached. Second, a small number of mining pools dominate the bitcoin mining process. Although many pools do make an effort to be decentralized, these groups consolidate much of the authority to govern the bitcoin protocol. This goes against the decentralized structure of bitcoin.

When you want to join a mining pool, elements to consider when selecting a pool are:

With the PPS and FPPS payment methods, you will get paid no matter if the pool finds a block or not, making pay-outs relatively stable. In the case of the PPLNS pay-out method, the risks and rewards are higher for a miner. This PPLNS structure benefits miners who contribute to the pool over a longer period of time. Questions you have to ask yourself when looking at the pay-out methods are:

I hope this article was useful and provided all the information you needed in the process of selecting a mining pool. If you have any questions or would like to have a chat about mining pools or any other Bitcoin Mining related topic, feel free to connect with me via Twitter or LinkedIn.

Nico Smid born and raised in the Netherlands, living in Argentina with my family for a year now. Expert in international business development with 15 years of experience in guiding European companies doing business in the South American market and vice versa. Bought my first Bitcoin in June 2017 and went down the rabbit hole ever since. As of 2021, I started mining to create an extra income stream for my family. This triggered me to study the industry and I found it so fascinating that I created a business in the industry. I am a co-founder of Digital Mining Solutions  providing various services to companies who want to mine bitcoin next to their core business. As part of my journey I decided to publish what I am learning in a weekly free newsletter called The Bitcoin Mining Block Post , focusing on market insights and trends. 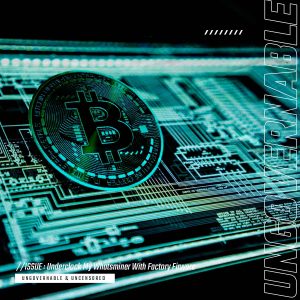 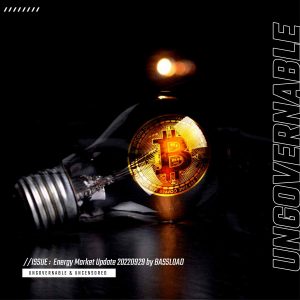 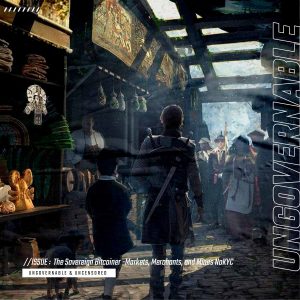 Adventurer, have you returned to hear more of Stormcrow’s ramblings? Very well 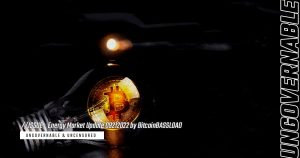 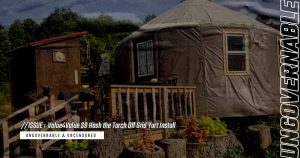 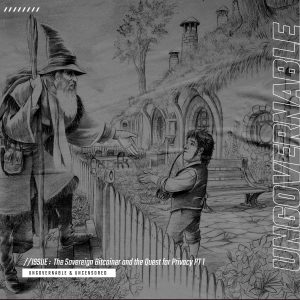 A quest lay before you “It’s a dangerous business, Frodo, going out